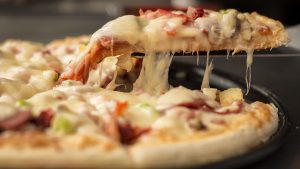 Sex and Sleep:  You May Be More Normal Than You Thought

So many people worry they have insomnia because they wake up in the middle of the night and can’t get back to sleep for a long time.  Most of them are normal.  Why do they think they’re not? Because the history of sleep is not exactly on everyone’s reading list, so what passes for common sense fills in the gaps.  We hear we need eight hours straight, and assume that’s the norm.  Unless we bump into information on biphasic sleep , we might think being wide awake for an hour or so every night is a sign that something is wrong.  Well, not necessarily.  Humans actually have a natural sleep rhythm that doesn’t fit in with today’s expectations.

Same deal with sex.  There’s plenty of “common knowledge” out there, but so little of it is rooted in science.  In fact, there is so much misinformation floating around, it’s a wonder we reproduce enough offspring to perpetuate the species.

Resources For Information About Sex

There are sources that work to fill in the gaps, thankfully.  One of them is Emily Nagoski, PhD.  Emily is a sex educator and author of the New York Times bestseller Come As You Are.   Her book busts a common sexual myth that has been so pervasive and problematic that it should be put on t-shirts.  I’ve seen it in my counseling office countless times, and heard it from many women as well.  It’s the idea that “normal” women should be like most men when it comes to sexual desire.

I want to stress the fact that everyone is different, and there is no absolute black and white when it comes to sexual desire.  I’m trying to debunk something that gets in many people’s way, but I’m not suggesting that anyone who doesn’t fall into these patterns is weird or broken.  Variety is the spice of life.

Having said that, I want to say this:  some women think they’re broken because they don’t seem to be preoccupied with, or even all that interested in sex, much of the time.  The problem is the culture (and by culture I mean those who want to sell stuff, along with what passes for common knowledge) is peddling the myth that women should be raring to go at the drop of a hat, that it’s not only “normal” but expected that if a woman is in tiptop shape, she will have a deep desire for sex Right Now with few formalities, just like many men.  (Not all men experience this, and expectations can be a big problem for them too, but that’s a different blog).  Maybe worse is that men sometimes think that if a woman isn’t full of desire, it means she doesn’t want HIM.

Okay, so many people already realize they’re built this way, what’s the problem?  The problem is for those who fear that it’s a problem.  John Adams once said “Every problem is an opportunity in disguise.”  And who is sexier than an old, dead man?

But Where’s The “Opportunity” You Ask?

Look at it this way.  Men typically have what’s known as “spontaneous desire.”  This is desire that shows up on it’s own, maybe even from a passing thought.  It’s like living next door to a Little Cesar’s pizza.  It’s hot and ready to go and requires no pre-planning, timing, effort or thought.  Yum.  Women often have what’s known as “responsive desire.” We typically “respond” once romantic activity begins.  It’s like that epoxy stuff that “activates” once you put the two sides together, but stays inert until that time.  This means women can often be enticed to get into the mood, but it’s in response to some persuasion.  It’s like having to prepare a lasagna.  You start making it before you’re hungry, you need certain ingredients and forethought, but the result is delicious.  However, if you don’t plan ahead and preheat the oven, nothing is going to happen.

(Couples may wonder why this wasn’t the case in their early relationship.  Infatuation and newness does all kinds of crazy things, like causing men to enjoy giving tons of attention, affection and touch without asking for sex, and causing women to feel high levels of spontaneous desire.)

Why Pick Just One?

There’s a place in the world for both fast pizza and home made lasagna.  But if you make great lasagne, yet you also think it needs to be hot, ready and five bucks, you have a problem.  Or if you want a quick, cheap pizza right this minute, don’t expect it to be a gourmet Italian meal.

The opportunity part is that once you know you like lasagna, and you know that’s normal, you can ask for it.  You can put it on the menu.  You can look forward to it without wondering why you don’t want it right now.  You’ll quit obsessing and feeling inadequate for not suddenly wanting Little Cesar’s at 10 a.m. on Tuesday morning.  Once you are relieved of trying to crave a cheap slice of pizza, you might not feel guilty about it.  If you’ve judged your partner for wanting pizza, you can stop that too.  There’s room in the world for all kinds of Italian food.  Don’t get me started on fettuccini Alfredo.