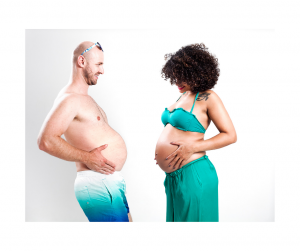 Success Can Be Bittersweet

Some of the most satisfying, but frustrating words I hear from the couples who come to me for counseling are this: “This is so helpful!  I wish we would have done this years ago!”  When couples break through their arguments and really start to know themselves and each other on a deeper level, they regret all the years they waited.  And I feel regret for them.  I can’t exactly go snatching newly married couples out of reception halls and sitting them down for counseling.  That might be a bit too forward.  But I wish every couple who committed to spending a life together would have a mentor or counselor to guide them through the process.

Here’s the problem with marriage counseling:  it starts too late!  I’m not saying that by the time you come in for counseling it’s “too late” to save and improve your relationship.  Not at all.  What I’m saying is that most of the time people only seek counseling when things have gotten really bad

Is Waiting A Good Idea?

I often wonder why we don’t treat an upcoming marriage the way we treat pregnancy.  When a baby is coming, we want to be fully prepared. New parents expect to be new and inexperienced.  They expect problems.  Expectant parents get books, magazines, make plans for how to deal with all of the challenges. How many books did you read before you got married, about marriage?  How many books on marriage did you read the first year, or the first few?  How many “marriage groups” did you attend, to talk about the challenges?

Where are the marriage mentors?

It’s as if our culture is made up of two camps.  One is the “Ooops, we’re happy because we’re lucky” camp.  The other is the “we’re unhappy or divorced” camp.  I don’t hear enough from the “We’re imperfect, we’re happy most of the time, and here’s how we got that way” camp.  I don’t hear from the “Here’s how I grew as a person while growing my marriage” camp.  I know they’re out there, but they’re so quiet!

Premarital counseling is a great idea, although it can be hard to dig into anything deep.  Too often the love blinders are still on.  It’s understandable that couples don’t want to pop their premarital bubble of happiness by thinking about what could go wrong.  (“No, I really don’t mind his credit card debt!” or “I’m sure her parents dropping by frequently will be nothing but fun!”).  But throw a year or two on top of that, and couples are much more in touch with potential problems.  What happens, I think, is that instead of looking at problems as opportunities to learn more about each other, they tend to stuff them under the rug for fear of a kind of “buyer’s remorse.”  Or, just as bad, they criticize each other and leave it at that.

Throw a few more years, or a decade, and maybe a kid or two on top of that, and you have a formula for possible misery.

There is an old proverb that captures how letting little things go can add up to big problems.  It goes like this:

For Want Of A Nail

What I’m saying is this:  It’s easy to talk ourselves out of worrying about small problems.  I’m not in favor of worrying.  But I am in favor of looking at what’s not working and learning the skills to improve.  For some, the idea of improving the relationship can be very threatening, as if to suggest there is some kind of failure.  But the truth is, failure sets in when trying stops.

“Failures” Are Part Of The Road To Success

Maybe I’ll get around to writing a “What to Expect” type book for marriage.  It sounds like fun.  But meanwhile, I think the one thing we can all “expect” are challenges, big and small.  We can expect annoyances, disappointments, flaws, mismatches, frustrations, and tons of disagreements.  If we know this going in, and actually calm down and get help early, amazing things can happen.

So when I hear from people who regret how long they waited to get counseling, I understand.  Usually the joy of feeling better overrides any regret anyway.  On the other hand, sometimes I get a younger couple who come in to work on things early.  When they have a break through, I have heard them say “I am so glad we did this NOW instead of waiting!”

Margie Wheelhouse is a Licensed Marriage and Family Therapist in Springfield, Illinois.  She helps couples build great relationships and repair broken ones.  To schedule or send her an email, click here.