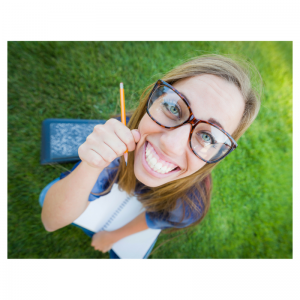 How well do you know your spouse?

If you answered “very well,” that could be good news.  Unless, of course, you are mostly an expert on what’s wrong with your spouse.

People who come into my office are often unable to get through hard times in their relationship.  Sometimes a big part of the problem is they are convinced they know everything there is to know about their spouse.  And every time there is an argument or a problem, they look through a microscopic lens and begin cataloging their partner’s flaws.  “He’s so stubborn!  She’s so controlling!  He’s so angry!”

This isn’t to say they don’t have plenty of room for very real complaints.  There’s usually lots of room for improvement, and I don’t want to suggest that sadness and emotional pain aren’t very real.

It’s not that you’re wrong, but…

There’s more to the story.  How much of an expert are you on your spouse’s good points?  If asked about their good points, do you list one or two, and then quickly get to your long list of “but….”?  It’s worth asking yourself how good you are at seeing the whole picture.

Also, what would happen if you took every single issue you have with your partner and explained how YOU feel instead?  Here’s an example. Instead of “He is lazy” you might say “I feel tired and unappreciated.  And bored.  So bored.”  Get it?  You’re not looking with criticism and blame at another person but instead really taking a close look at how you feel, and what you want and need.

Imagine if you have a son or daughter who has flaws, like everyone does.  Now imagine them getting married, and their spouse spending years and years becoming an expert, getting a Ph.D in how flawed your child is.  “He’s lazy.  He’s selfish.  He has no sense of humor.  He’s careless.”  Imagine how painful it would be to see this future in-law brush away all of your adult child’s wonderful qualities and become a spokesperson for how horrible they are.

The most amazing thing happens in counseling when I start to zero in on the person pointing the finger.  It’s usually some version of “Who cares how I feel? Do something about him!”  Very quickly, this person who was so articulate and full of ideas about someone else, is tongue tied and confused when asked about themselves.

This is a good thing.

When we finally give ourselves permission to be brave and look at ourselves, we now have something we’ve always wanted:  some control over our lives.  This is huge.  It’s the flip of a switch that changes futility and powerlessness into traction and positive change.  But it can also be a hard pill to swallow.  Why should I change when I’m feeling so hurt?  Usually the answer is this:  because the other ways you have tried have never worked.  And it doesn’t necessarily give the other person a free pass.

Why not try something new?

The funny thing is, when you change yourself, often times others change as well.  It’s like sharing a park bench with another person, who is taking up too much room.  Instead of spending all my time complaining about the other person hogging all the room, I can just move myself over and take the space I need.  Lots of things happen when we do this.  We may have uncomfortable feelings come up.  That could include not feeling worthy, thinking we need other’s approval, or learning we don’t know how to stand up for ourselves.

Facing down those feelings, and realizing you have more freedom than you have claimed, might be worth a try.

Margie Wheelhouse is a Licensed Marriage and Family Therapist in Springfield, Illinois.  She helps couples build great relationships and repair broken ones.  She’s working on becoming an expert in what to do about her own flaws, which are numerous.