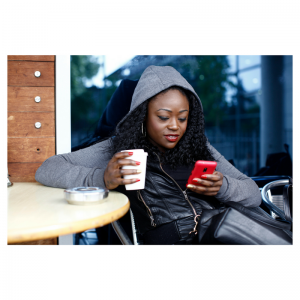 Infidelity is obviously a major threat to any relationship.  That’s because it’s a break in the trust that holds two people together.  Trust allows us to build a relationship on a firm foundation. No trust, no foundation.

It Doesn’t Necessarily Mean The End

This is not to say that infidelity necessarily kills a relationship. Despite the upheaval and damage such a breach can cause between two people, infidelity can in many cases lead to an even stronger union. Getting there can involve lots of things. That usually means full disclosure, and understanding what lead to the affair.  It also means figuring out what the relationship needs to grow and improve, and safeguarding the trust for the future.

But when we talk about infidelity, what are we talking about? It doesn’t matter what I say, or what the dictionary, or the Wikipedia says. When we talk about “cheating” we are talking about breaking trust in a way that, deep down, each person knows is a violation. It may be somewhat different from couple to couple. But it boils down to a basic lack of faithfulness or loyalty to a person, a breaking of a promise.

How You Can Tell

Yeah, but what’s the difference between a friendship and an emotional affair? There are clues. Hiding or downplaying the relationship would be number one on the list of clues.

If it’s not done in the open, that’s a pretty big clue that the person hiding it knows their partner would be hurt by it.

Whether it’s texting, emailing, Facebook messages or other communication, if someone is spending a lot of time in concealed communication with a third party, that is a strong sign that something could be drifting into the emotional affair category.

Other Clues You Are At Risk

There are other signs, such as thinking more about the person more often than your partner, saving things to tell them about, looking especially forward to seeing them, and especially talking about your partner or your relationship problems with the third party. The word “emotional” may be deceiving because the communication really doesn’t have to be about feelings, or even about sex. It can just be a very strong connection that brings out an escalating emotional attachment that starves the main relationship, sometimes to death.

So is an emotional affair infidelity?

If you ask someone who’s had one, they might say no.  If you ask someone who’s partner had one, the answer is likely to be yes.  Just that difference tells you that there’s a problem.  The thing is, a secret, strong attachment operates the same way in a relationship whether or not there is sexual contact. The damage caused by the break in trust is directly related to the lack of “fidelity,” otherwise known as faithfulness and loyalty, to the marriage or romantic relationship. Maybe more important: if it’s not treated this way, oftentimes couples lose something incredibly valuable.  They don’t get the benefit of the potential growth and healing that can come from taking the affair very, very seriously and treating it as big warning sign that things need to change, and soon.