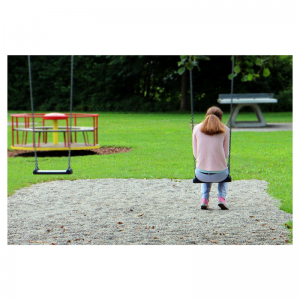 When couples first come in to me for counseling, it is not unusual for the very first problem to be this:  one person doesn’t want to be there. (It’s usually but not always a man, so for clarity’s sake I’ll use a man in this example.)  The relationship is not working, something has been wrong for a long time, and one person (often, but not always, a woman) is quite upset about it. But she is even more angry because of all the resisted attempts to get help while things got so bad.

What this couple doesn’t see is what I see:  so often, at the end of successful therapy, the reluctant person is happier and more satisfied with counseling than the person who dragged them in, kicking and screaming.

Do we really care about why this is, or should we get right down to what to do about it?

The answer is deceptively simple, even though so many people don’t do it.  Ask.  Directly. But with no complaining.  No hinting.  No ultimatum where you wait around for him to make the appointment to prove his love.  Just make the appointment, tell him you’ve made it because you deeply value your relationship and want it to be awesome, and tell him you want him to come.

I Know, I Know

Here’s the part where you might get mad at me, especially if you’ve tried this multiple times.  I understand, and I’m sorry.  I know you’ve tried.  I know it hurts.  But hang with me for a little bit here and maybe we can make some progress.  I think one small thing might make a big difference:  stop waiting for him to WANT to come to therapy.  Stop expecting him to WANT to take up “the relationship” as a joint project. Let him hate the idea, without judging him for it.

Seriously, this is so important.  I know it hurts to think that your partner doesn’t care about the relationship “enough” to seek out all kinds of wisdom and help.  But it just might not be true.  Everyone has a different way of navigating relationships, and a good chunk of the population thinks the best approach is to quietly hide from the problem until it goes away.  Harsh?  Maybe.  But it’s just human nature and it’s based on fear and an honest to goodness lack of confidence in the process of opening up and admitting one needs help.  To some people, asking for help seems like the Beginning of the End.  If we judge that fear, if we wait for that to change, then it might be too late.

A Shift In Perspective

When you let go of wanting them to WANT to change, but hold on to your own confidence and desire and calmly, non-judgmentally ask for it, things happen.  Sometimes it’s coming one or twice on your own.  They could still say no.  Why should that stop you?

Sometimes it’s even making changes yourself when they won’t.  But more often than not, when you just straight out tell them “This is crucial, I’ve made an appointment for us because I love you and I want things to be better.  It’s Tuesday at 4 at this address.  Then let’s go for pizza” they are more likely to respond.

It’s amazing to me how many people will see this and say “hey, that’s manipulative.”  How is dropping hints, complaining, whining, criticizing, and seething in the hope that someone will change any better than being open, honest, direct and nice? Okay, maybe the pizza is manipulative.  Also it’s delicious.

This is your one and only life.  What YOU want is pretty important.  Waiting for anyone else to want what you want before you get it, yes, even if it’s your life partner, is just postponing your own happiness.  And maybe you’ve postponed that long enough?